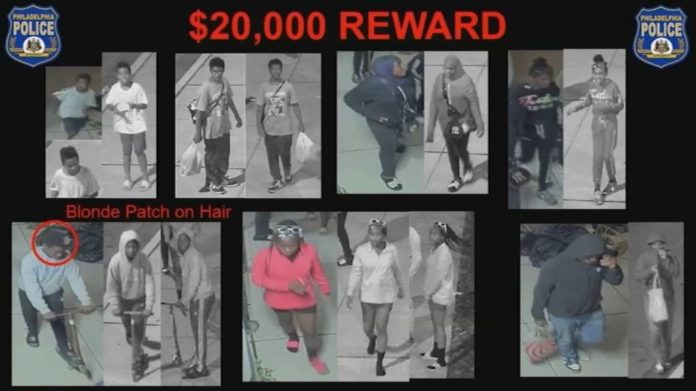 James Lambert beating: Another teen girl turns self in to police in deadly attack on 73-year-old man in Philadelphia – WPVI-TV

A 14-year-old girl contributed to the murder of a 73-year-old man who was beaten to death in Philadelphia with a traffic cone, reports say.

The PPD released video of the deadly attack on a 73-year-old man last week. The video shows three girls and four boys believed to be in their early-to-mid teens striking the man several times with objects, knocking him to the ground and causing injuries to his head.

The 14-year-old suspect turned herself in today alongside her attorney and her mother, and will be charged with third-degree murder. She and Richard Jones were caught on surveillance assaulting the 73-year-old James Lambert. He died the next day from his injuries.

The young teen girl who turned herself in was also accompanied by her 10-year-old younger brother. However, her brother was released without any charges.

Additional police released surveillance footage showing a group of teens chasing the man down a street and attacking him with traffic cones. The video shows the young people leaving the scene of the attack and re-gathering later. One teen is seen acting out a stumbling person.