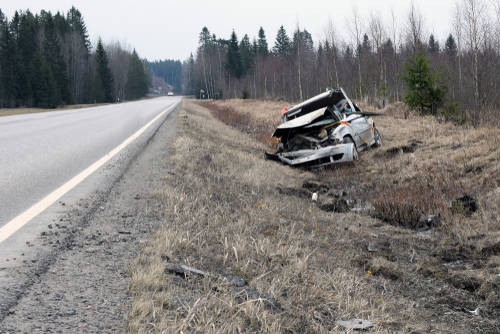 An early morning crash in Bringfield had fatal results for several students that were in the vehicle. A Sunday morning drive turned deadly for several Massachussets teenagers.

Three male teens were killed and a fourth was seriously injured in a violent car crash in the woods off a rural stretch of road early Sunday morning, State Police said.

The fourth victim, a 17-year-old Brookfield boy, left the scene before troopers arrived and went to Harrington Hospital, police said.

They were driving a 2006 Nissan Sentra, which rolled over on East Springfield Holland Road. Police found the vehicle in this crashed condition when they arrived at the scene.

Three of the teenagers were killed in this crash. A fourth victim, a 17-year-old Brookfield boy, left the scene before troopers arrived. He went to Harrington Hospital on his own to receive treatment for his injuries.

Two of the victims attended Tatasqua High School. Deborah Boyd, superintendent of the Tantasqua Regional School District, confirmed that two students died in Sunday’s crash. Counselors will be available for students and staff in need of support.

Police are still investigating the cause of the crash. The reason why the vehicle rolled over and caused such fatal conditions remains unknown.

Early Sunday evening, at least 200 people gathered on the pier at Fisherman’s Landing at Hamilton Reservoir in Holland for a vigil to remember the teens. Flowers were placed at the base of a tree near the site of the crash, and signs of grief were visible at the crash scene.