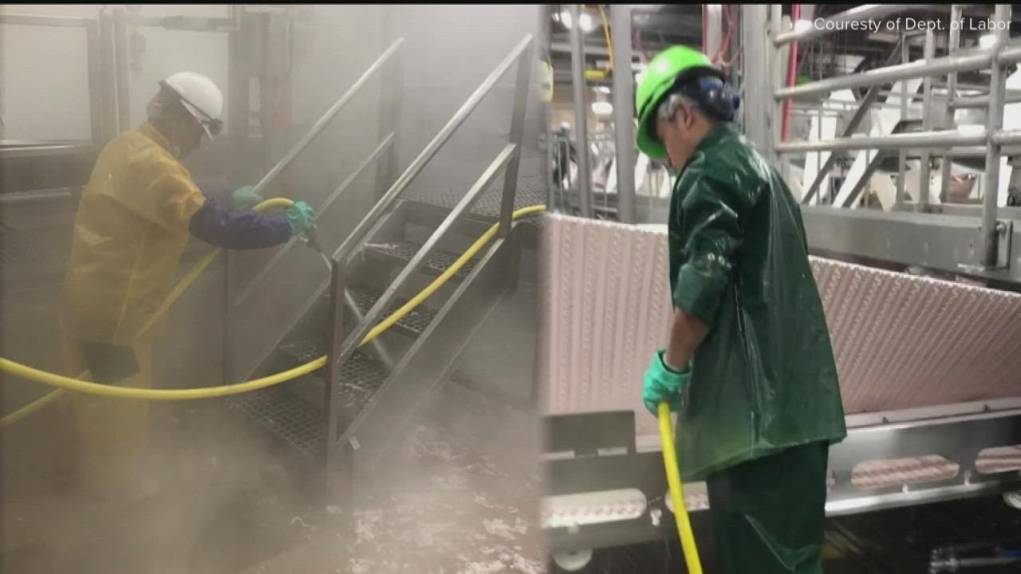 Federal investigators said Packers Sanitation Services Inc., also known as PSSI, hired at least 50 children to clean slaughterhouses. Investigators said some of the teens they found working for PSSI told them that everyone knew they were minors.

Attorneys for PSSI pushed back on a request by the U.S. Labor Department to extend a temporary restraining order. PSSI agreed to review and enhance its child labor policies, hire a third-party consultant, and submit to periodic site visits.

Attorneys For The PSSI  laid out the company’s hiring policies in detail and pointed out that past audits did not result in citations or violations. PSSI said it has a zero-tolerance policy against employing anyone under the age of 18, and fully shares the Labor Department’s objective of ensuring it is followed to the letter at all local plants.

Investigators say PSSI’s recruiter said she could “work something out” with applicants who didn’t have documentation, and at least six underage workers skipped the age question entirely.

PSSI is cooperating with investigators, although some managers interfered with employee interviews at the plants.

There are several instances of underage workers in farm-related facilities in the U.S. Investigators found 31 underage workers at three plants owned by JBS and Turkey Valley Farms in Nebraska and Minnesota. One 13-year-old even suffered a serious chemical burn while he was illegally on the job.

Authorities also discovered these violations at two additional beef and poultry plants. The meat processing companies that own the plants where underage workers were initially identified have said they are monitoring the investigation.