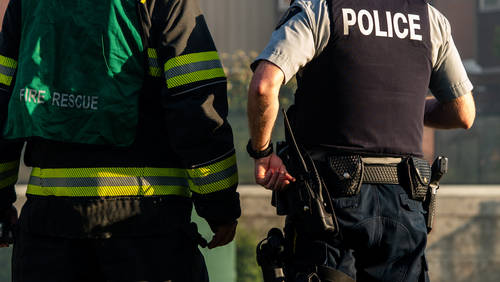 One of the victim’s children ended up on a neighbor’s front porch just before 11 p.m. Sunday. Matthew Crabtree called 911 after answering a frantic knock on his front door.

Officials confirmed to KFOR that a murder had occurred in Seminole County. The victim was identified as Kim Switch, and the suspect is facing federal and tribal charges.

A woman was found shot to death at a home on Strother School’s property nearby. Once the authorities arrived on the scene, what they saw was gruesome. Police found Kim Switch dead on the porch, she had been shot once in the head.

Douglas Vaughn Switch Jr., 46, was arrested for the shooting, and could face tribal and federal charges for his crime. He doesn’t have a clean criminal history either. He’s faced criminal charges stemming from assault and battery cases from the early 2000s.

The Seminole Nation said the suspect is facing first-degree murder charges. The school district was also pressed to respond considering that three of the victim’s children are students. Because of this tragic fact, the school district said all its schools will be closed until Wednesday.

The suspect, Douglas Switch, is known to have keys to buildings in the school district according to Crabtree. The neighbor also shared with news outlets that he was shocked over this crime, forgetting that something so gruesome can happen in such a remote community.

The suspect is in custody and the FBI is leading the investigation since the shooting happened on tribal land. They are seeking answers about the motive of the shooting and the way that Kim Switch died. Those answers may give greater closure to loved ones in the future who had to navigate this sudden loss of life.