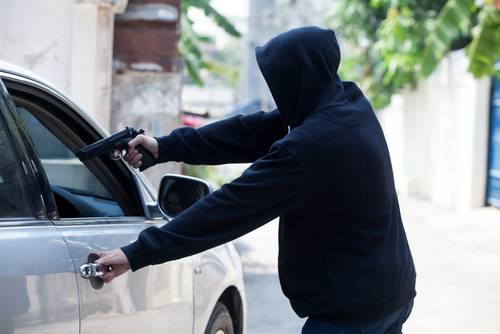 A woman was robbed at gunpoint while trying to buy a used car on Facebook Marketplace. Police say more victims are falling for this kind of scam, and that it’s safest to avoid picking up anything for free.

The woman drove from Dearborn, Michigan, to Cincinnati with $14,500 cash so that she could buy a truck she had her eye on. She had already sent $500 to the seller before leaving her home to confirm that she would be following through with the purchase.

However, the buyer felt like something was off when she arrived. It was at this moment of realization that things escalated. The seller went into her boyfriend’s car during the exchange and demanded that Nijme Fardous, the victim, exit the car.

The seller told Fardous to giver her all of the money, and held the victim at gunpoint. Fardous shared that she lost all of her life savings during the robbery. The seller and her boyfriend drove off with all of the cash, and they left Fardous penniless and without the truck that was “on sale.”

Police have identified the seller as 32-year-old Amanda Renn Griffin. Griffin took off with her boyfriend and the cash.

Police say more people are falling for this same scam. They’ve found that at least six to eight other individuals have been victimized by Griffin’s online advertisements.

The police department advises people to do business with whoever they’re dealing with at any local police station as a precaution. Doing this ensures a greater level of safety during exchanges.

Griffin has six felony warrants for her arrest in Ohio and one in Kentucky. Anyone with information on Griffin’s whereabouts has been encouraged by police to call Crime Stoppers.