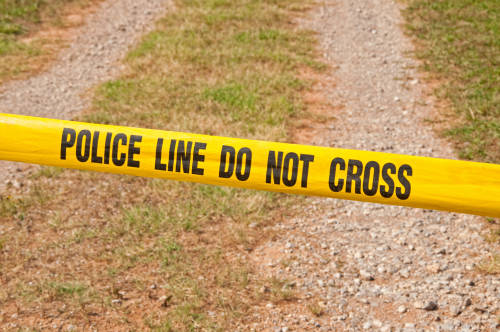 Deputies responded to reports of gunshots at 50 Cliff Manor Lane at 6:45 p.m. on Tuesday. The discovery they made upon arrival was gruesome.

After responding to reports of gunshots in Gallatin Canyon on Tuesday and found a man, identified as 53-year-old Jason Jones. Jason was dead, his body abandoned on the driveway. He died from multiple gunshot wounds.

Investigators determined the suspect to be Jason Jones’ spouse, Kimberli Jones, 50, who was found dead due to a self-inflicted gunshot wound. However, authorities were puzzled over the lack of violent history that would indicate such an extreme incident.

The Gallatin County Sheriff’s Office said the couple had no history of domestic violence and no prior incidents had been reported between the two. They leave behind grown children mourning their loss.

The couple worked together at Bozeman Health beginning in October of 2021. Bozeman Health released a statement about the incident that expressed condolences over the loss of the couple to other co-workers and staff. The company posted on Twitter in response to the news.

Dr. Jones’ colleagues at the Montana State University Clinic said he was an integral part of their work family and would often show up with homemade ice cream and toppings for the crew or a baggie full of chocolate they had picked up on their recent travels.

Dr Jones is remembered as a man who was laid back, always up for a laugh, and had an infectious smile. He was a warm personality to be around, and was always willing to offer sound fatherly advice to the younger adults when they were struggling with the challenges of life.

The investigation is ongoing, but the goal is to answer questions for those who were close to Jason and Kimberli. An autopsy was scheduled for Thursday October 20th at 11:00 in the morning for the deceased couple to find more answers.