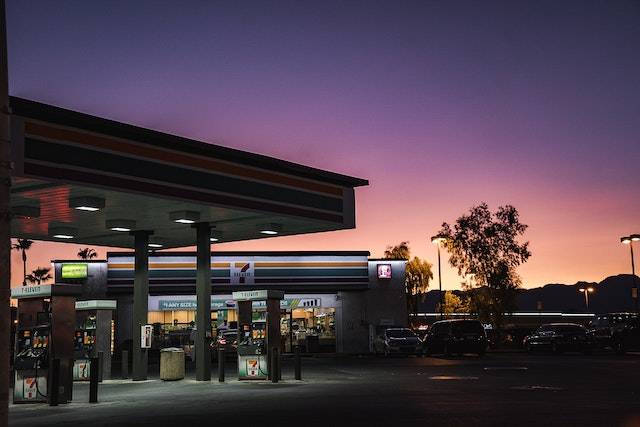 D’Angelo L. Fisher, of Kansas City, is charged with first-degree murder, first-degree assault or attempted murder, two counts of armed criminal action and unlawful possession of a firearm by a convicted felon.

On Aug. 13, Kansas City police officers were summoned to a gas station and convenience store where two gunshot victims were found. One woman was pronounced dead at the scene and the other man was taken by ambulance to the hospital.

Police responded to a shooting at a gas station near Independence Avenue and Maple Boulevard around 10 a.m. on Aug. 13, 2022. They arrested Fisher for 23-year-old Myana Henderson’s murder and found him with a handgun, which is illegal because he is a felon. Henderson had been paroled in February after two first-degree robbery convictions, but was prohibited from possessing a gun.

Police interviewed several witnesses who said a man had been stalking the victim for about a month before the shooting. The man was recently released from prison and had a tattoo on his face.

One eyewitness saw the two victims walking together toward the store, as well as the suspect’s white car parked beside one of the gas pumps. The witness claims that the shooter was wearing an orange hoodie and bandanna around his face emerged from the car.

Fisher was arrested Oct. 31, authorities allege, and declined to speak outside the presence of a lawyer when asked why detectives wanted to speak with him.