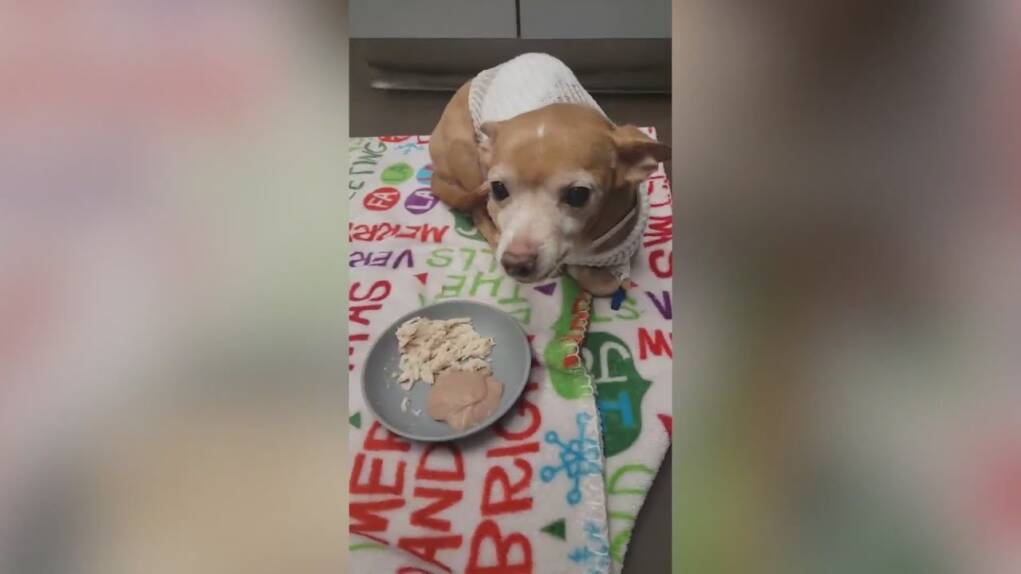 A brave Chicago chihuahua is recovering safely at home after a terrifying encounter.

Police say Jeanette Olivo, 61, was arrested at around 3:20 pm on Monday afternoon. The arrest took place on the 6600 block of W. Irving Park Rd in the Dunning neighborhood after allegedly stabbing a dog being walked by its owner.

It is alleged she stabbed the dog three times before it was treated at Premier Veterinary Hospital with life-saving surgery. The dog involved was a 12-year-old chihuahua named Bebe.

Chicago PD charged Olivo with aggravated cruelty to animals and aggravated assault/use of a deadly weapon. On Tuesday, she appeared in court, where her bond was set at $25,000.

An anonymous 15-year-old girl who was walking the dog, told NBC: “I was terrified I would lose him.” She chose to conceal her identity for her safety.

According to the girl, she didn’t recognize Olivo, who was “being a little fussy and acting a little weird.” Olivo then followed them with a knife and stabbed Bebe.

While the young teen escaped unharmed and fled inside with the injured animal, neighbors chased the stabber down the street and police were able to arrest the suspect.

Fortunately, most of Bebe’s vital organs were not damaged by her deep stab wounds, according to the Garrido Stray Rescue Foundation.

The dog underwent major surgery after the attack damaged his diaphragm. The family was facing hefty bills as a result of bets, so a police officer approached the organization for help raising the money.

Fortunately, enough money was raised for the dog to go into surgery and begin healing from the attack.