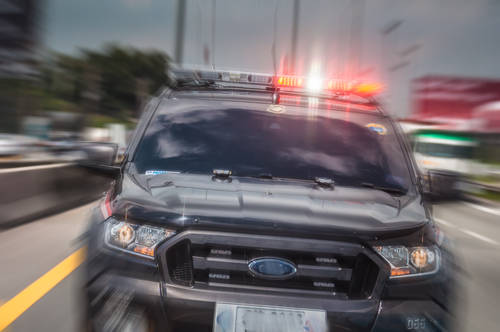 A 16-year-old driver has died and another juvenile has been injured after a high-speed police chase in Sacramento.

Authorities say a car was chasing a police officer after they tried to pull it over for a vehicle code violation. Three minutes later, the chase was called off and all officers stopped pursuing the car.

The driver of a vehicle failed to yield to police, was driving erratically, and created a danger to the public. This caused the police to initiate a pursuit, which ended with the death of the driver.

Deputies with the Sacramento County Sheriff’s Office picked up the chase after the Sacramento Police Department canceled theirs. The driver of the car crashed into a tree near Norwood and Main Avenues, killing himself and one other passenger.

Traffic Advisory: SPD Officers are on scene of a vehicle collision in the area of Norwood Ave & Main Ave. Traffic will be impacted in the area as officers conduct their investigation. Please use alternate routes if possible. pic.twitter.com/3QX5tTTlvI

Considering how the crashed car became wrapped up in a tree, no one suspected anyone in the incident to survive. However, the second juvenile passenger in the car survived the crash and was taken to the hospital.