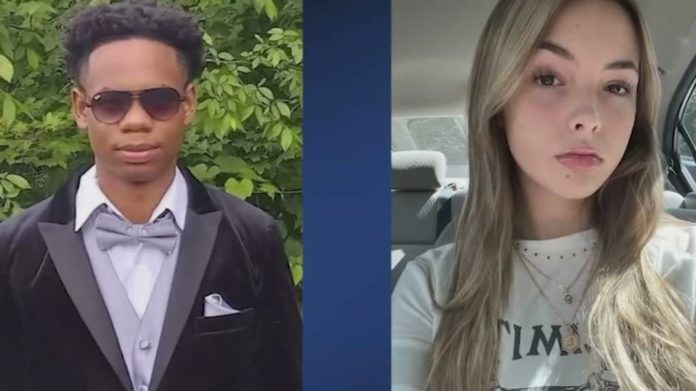 A pair of men riding four-wheel ATVs found the remains of a Black male and White female in Orange County, North Carolina. A 17-year-old suspect was charged with two counts of first-degree murder Tuesday afternoon. The suspect’s name has not been released because they are not an adult.

Two individuals were located off Buckhorn Road yesterday. Lyric Woods, 14, and Devin Clark, 18, were reported missing by their families on Saturday and Sunday, respectively. Investigators are still awaiting a report from the medical examiner to confirm the identities of the victims, but the conclusion is increasingly clear.

Lyric Woods was a freshman at Cedar Ridge High School and played volleyball on a travel team. Her friends are dedicating their game Tuesday night against Jordan High School to Woods.

Family members reported Woods missing Saturday afternoon, and a deputy entered the information in the NCIC at approximately 3:44 pm. Clark’s family contacted the Mebane Police Department on Sunday with concerns about his whereabouts.