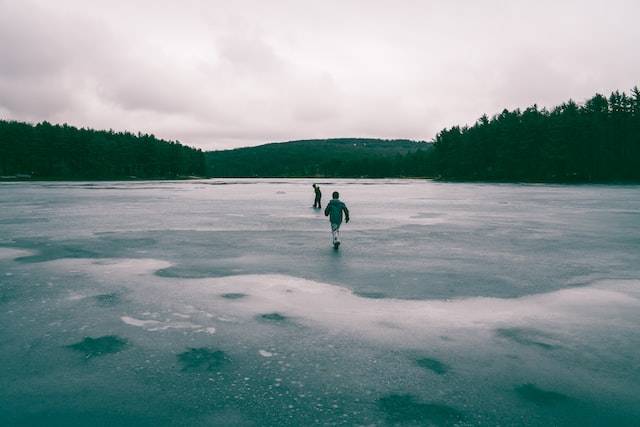 Three boys, ages 8, 10 and 11, were pulled from a lake in central England and pronounced dead. A 6-year-old boy was also taken to the hospital.

The group of children fell through ice that was covering a lake in central England. The three boys that died suffered cardiac arrest that ended their life. A fourth boy remains hospitalized from his experience at the lake.

One of the officers was trying to punch through the ice to rescue the children. He in full uniform jumped into the water and pulled the four boys from the icy waters. The officer that was actively involved in the rescue suffered mild hypothermia in the process. However, he has since been released from hospital.

Police are searching for two other children who were reportedly with the group, though it is uncertain whether there were additional victims of the tragedy. Police are also searching the lake for more potential bodies.

As investigators reviewed the case, it was not immediately known how the boys fell into the water.

The Met Office issued severe weather alerts for large parts of the country on Monday, and Gatwick and Stansted airports warned of flight delays. London City Airport said it was experiencing “some disruption” because aircraft were out of position after flight cancellations on Sunday night.

The tragic accident that led to the boys’ deaths is a stark reminder of the dangers of open water, especially during the winter months. The West Midlands Fire Service said frozen lakes, ponds, canals and reservoirs can be lethal in the cold winter weather.

Those walking on ice are advised to make sure it’s at least 4 inches thick. It should also be clear and blue in color.