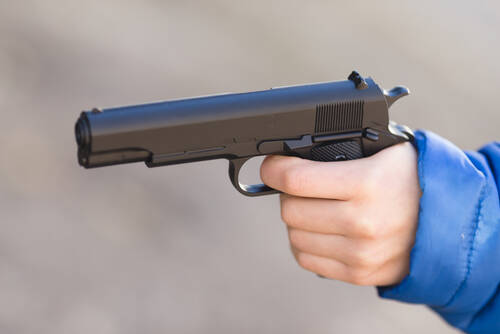 At Richneck Elementary School in Newport News on Friday, Abby Zwerner was shot with a handgun and suffered life-threatening injuries as a result. The Virginia teacher was shot by a 6-year-old student that had access to the firearm.

Several social media users wished Ms Zwerner, who is believed to be in her 30s, a speedy recovery online. Although she is in critical condition, she’s reportedly on a positive trajectory toward recovery.

It is unclear how the child, who is still in police custody, came into possession of the gun. Although the school has metal detection facilities, not every child was checked, according to school officials.

It is unclear why the incident occurred, but Chief Steve Drew told reporters it was the result of an “altercation” in a first grade classroom and was not accidental.

Parent Steve Gonzalez, whose child was present in the classroom at the time of the shooting, told Fox News that Ms Zwerner acted selflessly. A bullet struck her, and after being struck he said that “she screamed at her kids to run away”.

Five days after taking office, Mayor Jones said police were still investigating the circumstances surrounding the shooting. The officers have also declined to discuss any contact they have had with the parents of the student involved.

Six-year-old children are not permitted to be tried as adults under Virginia law. Moreover, the child is too young for the Department of Juvenile Justice to take custody of him if he were found guilty.

However, a judge could revoke the boy’s parental custody and place him in the state’s custody.