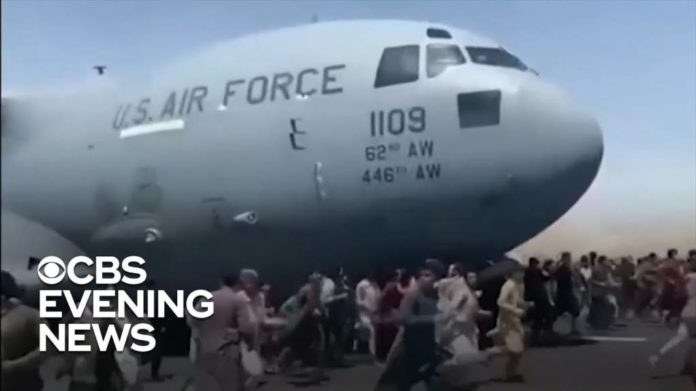 The US Air Force concluded that the C-17 crew acted appropriately in departing Kabul’s airport during the chaotic evacuation of American forces, and that they used sound judgment in getting airborne as quickly as possible when faced with an unprecedented and rapidly deteriorating security situation.

The Air Force concluded that its crew members were not at fault for several Afghan deaths during the withdrawal from Kabul.

The crew of a plane that was being evacuated from Afghanistan landed in Qatar and discovered human remains. The Air Force said the crew complied with applicable rules of engagement and released the remains to local police.

Military officials say the crew of a C-17 plane exercised “sound judgment” as dozens of Afghans swarmed the plane as it attempted to take off from Kabul following the Taliban takeover.

Two bodies were found on the same rooftop, suggesting they fell from the same plane. A third individual may have been crushed to death by one of the wheels.

The Biden administration has come under intense scrutiny over the handling of the withdrawal of US forces from Afghanistan.

For more information on this story, consider the following news outlets listed below to stay up to date.