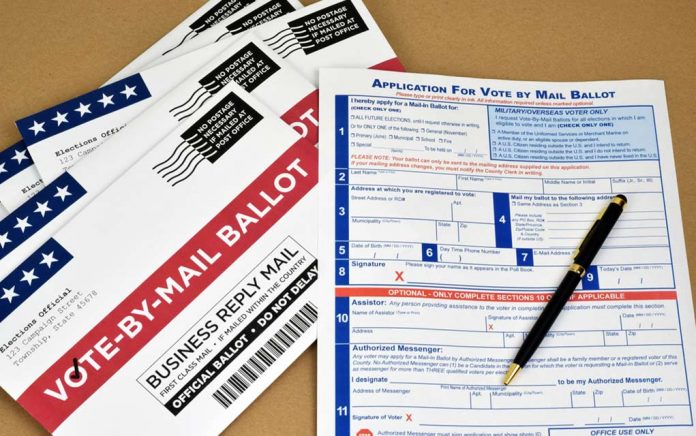 (ConservativeStar.com) – Democrats are still pushing for mail-in voting — despite all of the problems coming to light recently. This week, a US Postal Service (USPS) memo sounded an alarm regarding a massive problem with the alternative way to cast a ballot. In New York, especially, there are troubles abound, leading many to wonder why anyone would want to vote this way.

The USPS memo was primarily about budget cuts but it included a warning that mail could possibly be left behind in distribution centers, on the floor or at the docks, in order for mail-carriers to complete their routes on time. Think about how dangerous it would be if ballots were left in these buildings.

In other mail-in ballot news, Press Secretary Kayleigh McEnany said New York Governor Andrew Cuomo (D) pre-paid the postage for the ballots. Because of this, the post office didn’t add an official postmark with a date, so officials have no idea whether or not they were on time.

Another hit for @NYGovCuomo, @PressSec says there is a "catastrophe" that has taken place in NY given the slow ballot count and races that remain uncalled. "There are questions about mass mail out voting,"

Democrats are so concerned about their mail-in voting scheme, they haven’t even worked out how they’re going to do it. That’s going to lead to mistakes, and possibly massive amounts of fraud.