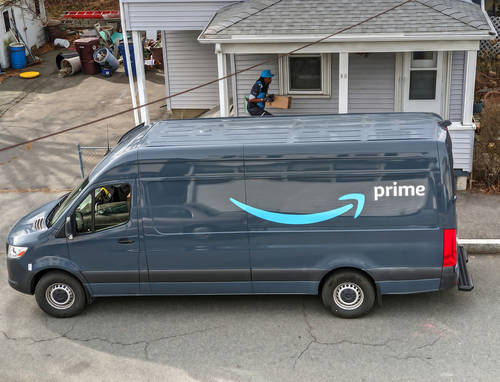 The investigation continues into whether two dogs mauled to death an Amazon delivery driver, who was found dead inside a property’s gate. The sheriff said the man had multiple bite marks and it is suspected the man was attacked by two dogs.

The owners of the home were not present at the time of the attack.

Deputies found the man’s body in the yard along with two dogs. After one of the dogs approached them aggressively, a deputy shot and injured one of the dogs. Both animals ran inside the home where the deputy fatally shot the two animals.

Ray County Sheriff Scott Childers said he shot the dogs because he had many people in the yard and did not want them to be attacked. He also said that he did so to safeguard his officers and the investigation.

Neighbors said the dogs had never been a problem for the community and that the man who died on the property was doing his job. They contacted the authorities after witnessing the delivery vehicle posted outside of the scene of the attack for several hours. This suspicious activity was reported, which lead to the discovery of the victim’s body.

A Kansas City-area Amazon delivery driver was the victim killed on his delivery route. An autopsy will determine if the dogs killed the driver, or if something else killed the man. Authorities believe the dogs had attacked an Amazon driver who was found dead inside the property’s gate.

Sheriff Childers said the name of the Amazon driver will be released after the autopsy, and that he is the second Amazon delivery driver to be bitten by a dog in Ray County recently.

Amazon made a statement to news outlet Fox4, sharing that the company is “looking into this horrible tragedy and will work with law enforcement as they continue to investigate.”