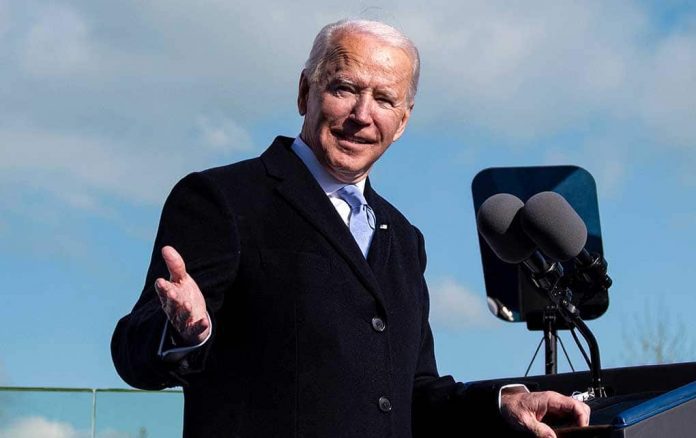 (ConservativeStar.com) – In effect, President Joe Biden’s administration asked the Supreme Court of the United States (SCOTUS) to negate the Second, Fourth, and Fifth Amendment rights of the plaintiff in the case Caniglia v. Strom. A Rhode Island man, Edward Caniglia, brought suit because police officers confiscated his handguns and ammunition without a warrant or his consent. The police officers took his guns after coming to his home for a “wellness check” and refused to return his property.

Helpful overview of Wednesday's oral argument in Caniglia v. Strom. I haven't tweeted much about the case because it seems sort of small.

In 2015, Caniglia and his wife Kim had an extended argument. At one point, he retrieved an unloaded handgun and commented something similar to “just shoot me now and put me out of my misery.” Sometime after that, Kim decided to spend the night in a hotel. The next day after she couldn’t contact him, she went to the police and asked for an escort to return home to check on him, prompting the current legal problem.

After initially refusing, Edward finally agreed to go for a psychiatric evaluation under the condition that the police leave his guns alone. However, the ranking officer appealed to the wife with a fabricated story that her husband had agreed to a search — because they had no search warrants.

Morgan L. Ratner, an ‎Assistant to the Solicitor General at the US Department of Justice, argued the police and city have a right to make wellness checks and secure citizens against harm under community caretaking standards. During oral arguments in front of the court, even Liberal Justice Sonia Sotomayor seemed skeptical of the officers’ and the State’s excuses.