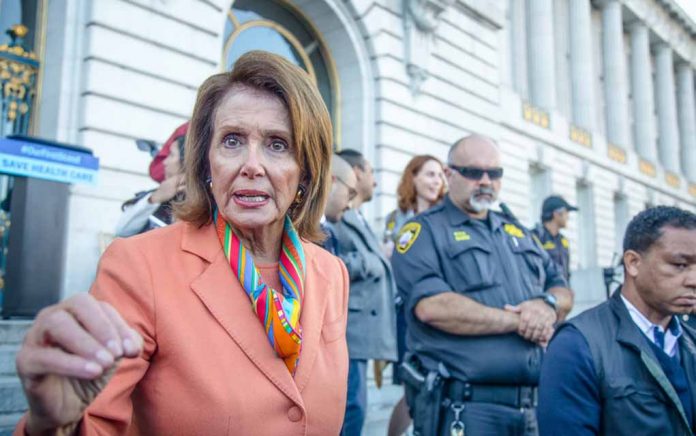 (ConservativeStar.com) – So what exactly is a Freudian slip? The Merriam-Webster website defined it as “a slip of the tongue that is motivated by and reveals some unconscious aspect of the mind.” When it happened to one of the talking heads on Left-leaning CNBC, he may have accidentally broadcast his true feelings about one of the highest-ranking politicians in America.

TV host Jim Cramer was interviewing none other than Speaker of the House Nancy Pelosi (D-CA) and called her “Crazy Nancy” to her face. He stopped dead in his verbal tracks and tried to blame it on President Donald Trump using that disparaging nickname for the speaker, and followed that up with the tweet of his own claiming he was only trying to say how bad it is that the president uses that term.

Did anyone bother to listen to the whole interview? It was about how horrendous it is that the president calls Speaker Pelosi Crazy Nancy. It is so unfortunate and ill-advised. The people criticizing me must not have realized the point! NEVER should she be called that

But his attempt certainly rings hollow because he was in the middle of a question asking Pelosi about whether or not a deal could be reached regarding a potential new coronavirus stimulus bill. The president’s name was never mentioned beforehand nor were they discussing anything even closely related to the animosity that is obvious between the two.

Talk about putting your foot in your mouth.