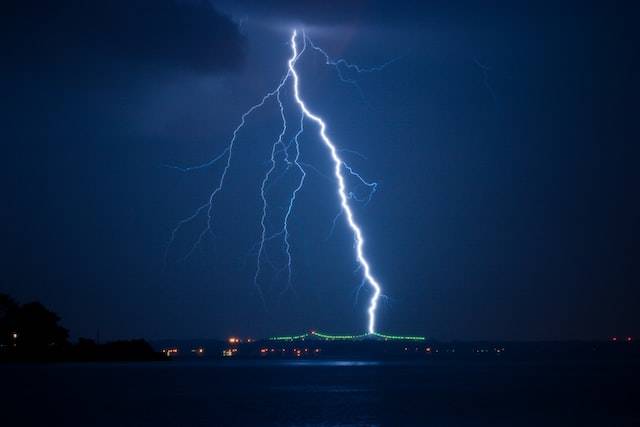 Three people were killed and one was critically injured when lightning struck them as they stood beneath a grove of trees in Lafayette Park.

The lightning strike killed Jim and Donna Mueller, who were celebrating their 56th wedding anniversary in Lafayette Park. The park is located across the street from the White House.

Donna, 75, and Jim, 76, were high school sweethearts who moved to Janesville when Jim got a job there. They were very religious and loved having gatherings, their daughter Michelle McNett said.

There are five different categories of lightning strikes that can prove fatal: direct strikes, side flashes, ground currents, conductions and streamers. Lightning analyst Chris Vagasky said it’s hard to say with 100% certainty what kind of lightning struck the Muellers on Thursday. However, he believes it was either a side flash or conduction.

Vagasky stressed that every kind of lightning strike is dangerous, and that it can cause lifelong injuries or fatalities to people. While the adage “when thunder roars, go indoors” is the main takeaway about staying safe during a lightning storm, Vagasky added that people should stay in a fully enclosed metal vehicle or a substantial building.

The Centers for Disease Control and Prevention recommends finding safe shelter in homes, offices, shopping centers, and hard-top vehicles with the windows rolled up.

The White House says it is saddened by the loss of life and is praying for the survivors.

For more details on this story, please consider the news outlets listed below.