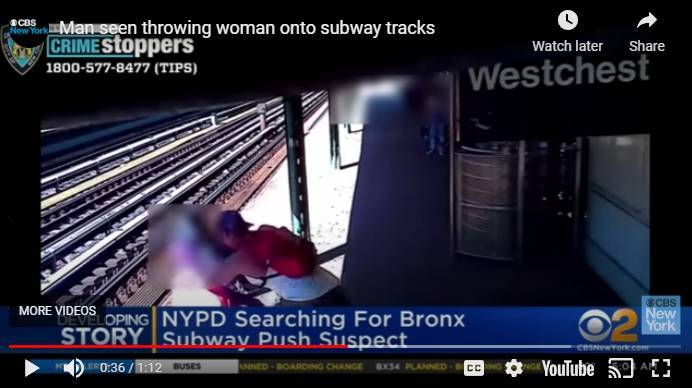 Ellis, who lives five miles from the crime scene, is expected to appear before a judge late Tuesday or early Wednesday.

Transit crime in New York appears to be on the rise, but the data says it’s lower in recent years.

Crime on New York City’s public transportation has risen 58% from this time last year, though April showed a dip in crimes.

The number of crimes has increased since the pandemic began but is still down compared to the 80s and 90s.

Adams vowed to address public safety needs following the death of subway rider Michelle Go in January. He announced that more police officers would be deployed and that fare enforcement would be enforced more strictly.

As incidents of violent crime by the homeless grab headlines, activists urge caution and solutions to combat violence. They also hope to target the prevalence of gun violence and ghost guns as a critical issue in the city’s fight against violence.