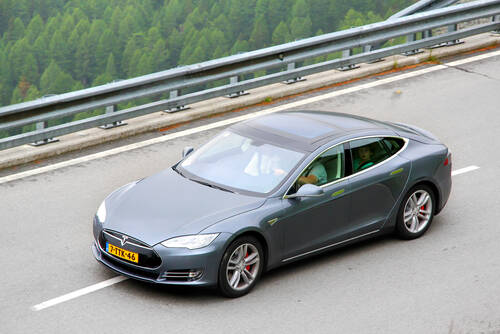 A vehicle was reported to have fallen over the cliff side on SR-1, just south of the Tom Lantos tunnels. The officers were dispatched to the area on January 2, 2023 at 10:50 AM.

Throughout the night, CHP investigators interviewed witnesses and gathered evidence from the scene. The investigators developed probable cause to believe that the incident was deliberate based on the evidence collected.

It was reported that Dharmesh A. Patel, of Pasadena, California, was under arrest for attempted murder and abuse of a child. He was the driver of the Tesla that drove the vehicle off of the cliff.

Currently, it is unclear what driving mode the Tesla was in; however, that does not appear to have played a role in this incident.

Although he is currently recovering from his injuries at the hospital, Patel will be booked into San Mateo County Jail after he is discharged. The investigation is still ongoing.