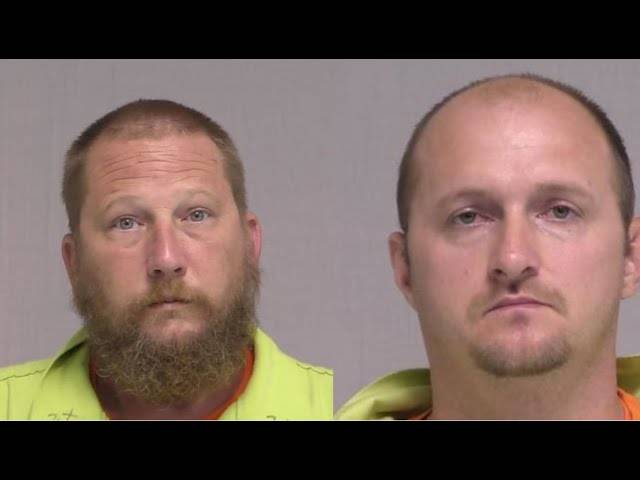 Two “crazy” dads have been charged with attempted murder after a road-rage gun battle in Florida that left one dad’s 5-year-old daughter with a collapsed lung. Both drivers were speeding and driving recklessly, and tried to cut each other off.

A sheriff said two crazy drivers could have easily killed two kids if their tempers hadn’t got the best of them. The drivers were identified as William Hale, 35, and Frank Allison, 43.

Authorities received multiple 911 calls about people being shot at on Highway 1 near Callahan in suburban Jacksonville.

A shooting happened around 6 p.m. Saturday on U.S. Route 1, north of Jacksonville, after aggressive moves between the drivers that included “brake-checking” each other.

William Hale’s Dodge pulled alongside Frank Allison’s Nissan to start shouting, but Allison’s wife flung a water bottle back at him. As the situation began to escalate, the driver of the Nissan fired one shot at the Dodge truck.

A bullet from Frank Allison’s gun struck Hale’s 5-year-old daughter in the right leg. Hale’s gun fired seven or eight rounds, striking Allison’s Nissan and shooting his 14-year-old girl in the back.

Both men were arrested and charged with second-degree attempted murder.