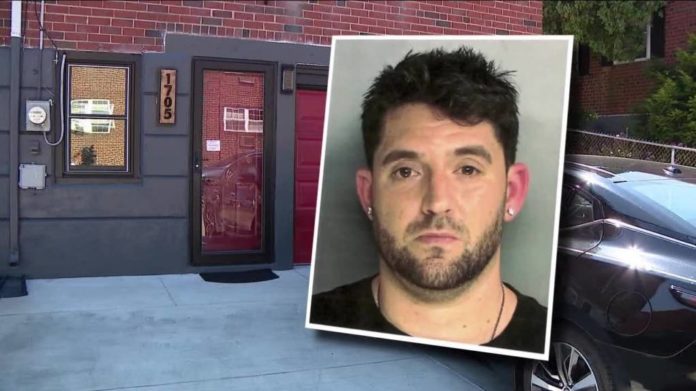 A woman was changing in the bathroom of her private dance lesson when she spotted what looked like a cell phone charging block plugged into an outlet. She investigated and found the charging block was actually a pinhole camera.

Francis Gerarn Laurenzi was arrested and charged with invasion of privacy and using instruments of crime after police seized multiple electronic and media storage devices from his unlicensed dance studio.

Police are calling the victim courageous for a key step she took that might help other victims. They say at least 20 more victims could be out there now. Police are asking anyone who took dance lessons at FG Dance Academy to call the criminal investigations division at 610-270-0491.

Police say Francis Lorenzi, also known as Frankie G, ran a dance studio in his basement that was operating illegally. He hid a camera in a device that looked like an iphone charger. A victim found the camera and reported it to police.

Laurenzi, a dance instructor, pleaded guilty to statutory sexual assault and sexual abuse of children and was sentenced to nine to 23 months in jail.

To learn more about this shocking story, please consider the news outlets listed below.