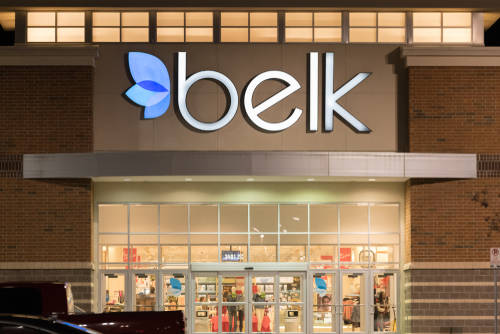 Belk department stores offer merchandise such as apparel, accessories, and home decor. However, one Belk location had an unfortunate circumstance happen with one of their staff. An elderly woman who worked as a janitor passed away in the store bathroom. However, she was not found by any first responders or other staff members until much later.

Belk spokesperson Jessica Rohlik said Bessie Durham, who provided housekeeping services through an outside contractor company, was found inside a family restroom at the Columbiana Centre location.

Bessie Durham, 63, was found inside a bathroom at Belk Department Store on Monday, four days after she was seen on surveillance footage in the store Over four days, the store was open for business, and detectives are investigating whether anyone was negligent.

The woman’s body was found after she was reported as missing. Police also received a call from a store across town. An autopsy found that Durham died of natural causes and there was no indication of foul play, Fisher added. There were no drugs that were found in her system either.

Belk said it is looking into the “details” of the situation and has made counselors available to Belk and KBS associates seeking support. Durham’s family filed a missing person’s report before she was found,