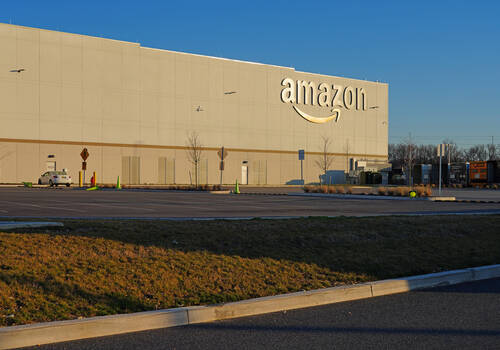 Police say a deadly shooting outside an Amazon delivery station in Arizona was caused by undisclosed personal issues between three men.

According to Chandler police, an unarmed Amazon contract worker was shot and critically wounded by a gunman in the parking lot of the station Wednesday morning. The suspect was then shot by another contract worker.

Police spokesman Sgt. Jason McClimans said the shooting had nothing to do with Amazon or its Chandler delivery hub. According to McClimans, the suspect who died at the scene was Jacob Murphy, 29, who was not an Amazon employee.

“At this time, police cannot determine if the actions of the third male resulted in Murphy’s death or if Murphy took his own life,” Sgt. McClimans stated. “Police have determined in no way was this a targeted effort on the Chandler Amazon delivery station by a single gunman, and at no time was this an active shooter incident. Instead, personal issues between the three males, unrelated to Amazon, led to this shooting.”

There was no clear relationship between Murphy and the wounded Amazon employee, according to police. Despite being shot multiple times by Murphy, police said the victim was stable at a hospital Wednesday evening.

The other Amazon contractor had a gun with him and was protecting the wounded worker, police reported. Police did not release the names of the two contractors immediately, but said that the other was not injured and was cooperating with the investigation.

Amazon spokesman Richard Rocha said the two contractors involved supported the company’s delivery network. The facility they work at serves as a pickup zone for Amazon drivers who pick up packages for delivery.

“We are deeply saddened by this senseless act of violence in our parking lot,” Rocha shared. “We’re working closely with law enforcement as they investigate and are focused on supporting our team during this difficult time.”

After the shooting, all employees and partners were sent home with pay while the police took over the scene.