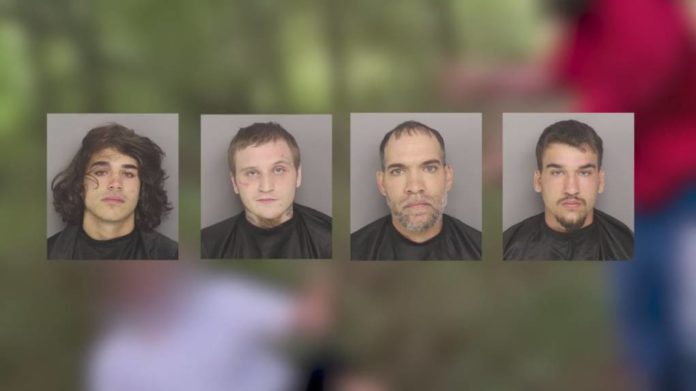 Several people were arrested after several “extremely disturbing” videos depicting brutal attacks on homeless people in South Carolina were uncovered during a homicide investigation, according to authorities.

Investigators found videos of several assaults that may have been carried out by the suspects in the killing of Joshua Garret. They are asking anyone who may have been a victim to contact the sheriff’s office or Crime Stoppers of Greenville.

A group of men attacked homeless encampments in the San Souci area of Greenville County, Georgia, between October 2021 and June 2022, according to videos culled from the defendants’ cellular phones. The victims were beaten unconscious and were afraid to report the attacks fearing retaliation.

The already-suspected trio of Ramey, Joshua Norris, and Seth Norris are not fully charged in connection with the filmed attacks on the homeless. Joshua Norris has been charged with two counts of criminal conspiracy, assault and battery by a mob in the second degree, and attempted murder.