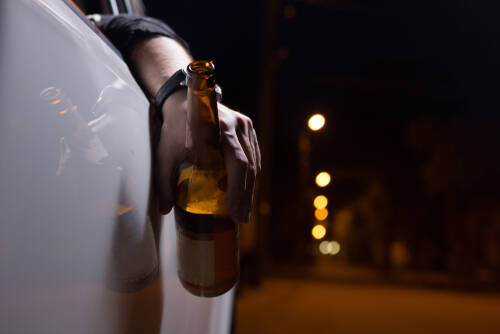 Deputy District Attorney Kim Ogg announced Monday that an East Texas man was sentenced to four life sentences for killing a mother and three children while driving drunk in Houston.

The period between Thanksgiving and New Year’s Day has the highest number of drunk driving deaths, according to Ogg. He shared, “this heartbreaking case shows that a single person’s irresponsibility and bad decisions can result in the deaths of multiple people who are completely innocent, including kids.”

Daniel Canada, 37, was sentenced to four life sentences by state District Judge Colleen Gaido on Monday after being convicted last week of four counts of intoxication manslaughter. In this case, the life sentences will run concurrently.

On March 14, 2021, Canada was visiting Houston from Longview when he crashed into Porsha Branch’s car while driving about 100 mph on FM 2920. He tested positive for marijuana and Xanax in his blood test, as well as a blood alcohol level of 0.15- nearly twice the legal limit.

When Branch’s sedan was involved in a seven-car pileup, it burst into flames. The combustion instantly killed her and three of her sons. The young children who died were 7-month-old Drake, 2-year-old Messiah, and 5-year-old King.

Minor injuries were sustained by Canada, but he ultimately survived the crash.

The verdict demonstrates that Harris County residents are tired of drunken driving deaths and will hold defendants accountable, said Assistant District Attorney Lynn Nguyen. She shared in a statement, “Daniel Canada robbed three young children of the opportunity to grow into the people they could have become.”

Nguyen continued by saying, “he robbed a mother of her life, a father of his entire family, and the community of a wonderful group of people, and he did all of this simply out of selfishness.”