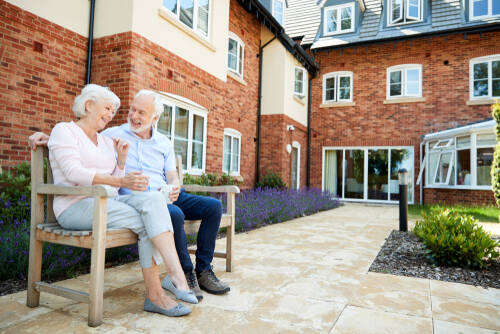 A suspect was arrested who’s been connected with a double homicide at a Mount Dora senior living community.

In December, Darryl and Sharon Getman were found murdered inside their Waterman Village Retirement Community home after a neighbor became concerned about the couple’s open garage door.

A random attack claimed their lives while they were “enjoying their golden years of retirement,” Gibson said. A cause of death for the couple or a motive for their killings was not disclosed by authorities.

Several television stations have identified Vicki Williams as the person of interest arrested in connection with the alleged murders.

A traffic stop in Savannah, Ga., on Tuesday resulted in her arrest on an auto theft charge, after she was allegedly spotted driving the Getmans’ car. Williams, 51, is currently being held for extradition at the Chatham County Jail.

During the press conference, Gibson declined to identify Williams. Nevertheless, he confirmed the female person of interest, dressed in a “very unique” outfit, had been seen at Getmans’ retirement community on three separate occasions.

The couple’s children, Anthony Getman and Brittany Getman, confirmed their parents’ deaths on Wednesday. In their statement, the siblings shared, “we are stunned, devastated, and heart-broken by the horrific murder of our parents.”

They continued their statement by sharing, “Mom and Dad had been residents of Mount Dora for over 20 years and truly loved the area.”
There is still an investigation underway.