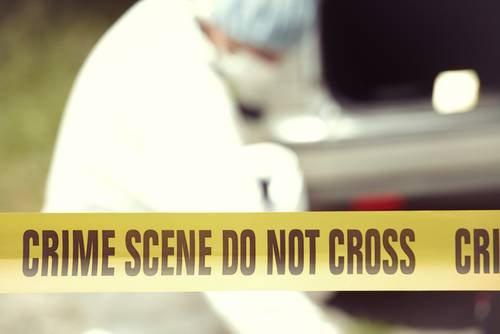 An elderly man and his wife were found stabbed and bludgeoned to death inside of their Marshfield home in a deliberate attack, a district attorney said. Carl and Vicki Matson, the deceased couple, were discovered inside their home shortly before 9:30 pm on Tuesday night.

Police are looking for Christopher Keeley, 27, in connection with the killings of Carl and Vicki Mattson, who were both 70. Keeley was acquainted with the Mattsons, Cruz said.

It was apparent to investigators that the attack was targeted, not just an act of violence that occurred at random. A possible motive is under investigation, Plymouth County District Attorney Timothy Cruz said.

Christopher Keeley was notified Wednesday that State Police were looking to question him in relation to this murder in Marshfield.  The suspect is being sought for a double homicide.

Christopher Keeley, who goes by the nickname “Crispy”, was spotted driving a 2019 Jeep Wrangler Unlimited with the Massachusetts license plate 7490HT. This vehicle was later found unoccupied in a parking lot in Avon.

Keeley is a white male with blonde hair and blue eyes, weighing about 140 pounds. He has a history of mental illness, which likely contributed to the murder. Anyone who spots Keeley is urged to contact 911 immediately.

Keeley’s family has given the police their full cooperation in the investigation, which has been described as “shocking and truly devastating to all involved.”

Vicki Mattson and Carl Mattson were last seen alive on Thanksgiving Day, and Keeley allegedly told friends he got into a fight with them and that they were likely dead.

Court documents say Keeley attacked the couple after an argument over a barking dog. Reports also indicate that he had been acting “psychotic” and threatened to hurt people after a woman who had considered letting Keeley stay with her threw him out.