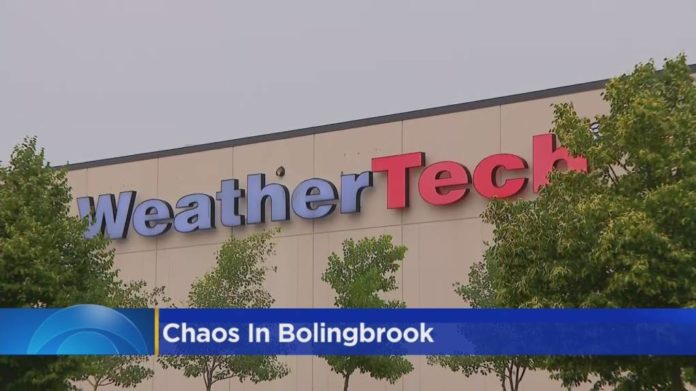 One killed, two others shot at Illinois WeatherTech facility – CNN

One person was killed and another remains in critical condition after a shooting at a WeatherTech facility in Bolingbrook, Illinois, on Saturday morning, according to police.

As the overnight shift at the distribution center was nearing its end, a temporary employee robbed two fellow employees at gunpoint and shot three people. The shooter’s name is Charles C. McKnight Jr.

Bolingbrook Police arrested the man after finding a handgun and items connected to a robbery at a WeatherTech facility. McKnight shot three co-workers during an argument, authorities said.

Police responded to the call about 6:30 a.m. and took McKnight into custody three hours later without a struggle.

Saturday’s deadly incident in Bolingbrook, Illinois, comes after a contentious week in Washington for legislation governing gun regulations. The Supreme Court struck down a New York gun law, marking the widest expansion of gun rights in a decade.

U.S. Rep. Bill Foster issued a statement in response to the shooting, saying that people should not have to worry about random gun violence while going about their normal lives.

The U.S. Rep. representing Bolingbrook, D-Ill., said the community has been shattered by yet another act of senseless gun violence. He also thanked the law enforcement and first responders for their work.