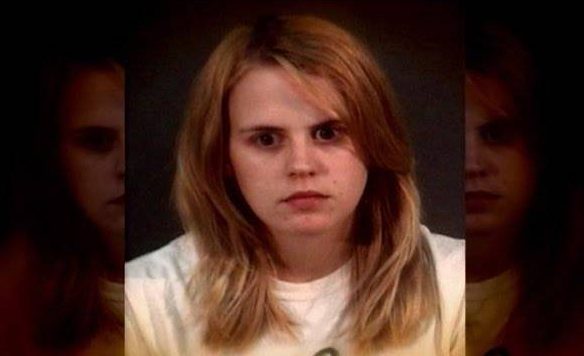 A woman was sentenced to life without parole for killing her daughter by throwing the infant in the trash after giving birth at her college sorority house.

However, the Ohio Supreme Court ruled that she had ineffective counsel at her sentencing and ordered a new trial.

Emile Weaver gave birth into a toilet, and then placed the baby she gave birth to inside of a trash bag. Two sorority sisters discovered the bag with the baby’s remains later that same day. The baby died from asphyxiation while stuck inside the plastic garbage bag.

Weaver was sentenced to life in prison without parole for aggravated murder by Judge Mark Fleegle. This is the harshest sentence under Ohio law, just short of the death penalty.

During her trial, prosecutors said Weaver gave birth in a bathroom at the Delta Gamma Theta sorority at Muskingum University. They claimed that she purposefully caused the death of her baby girl by putting her in a plastic trash bag.

The court said Fleegle and defense attorneys ignored a doctor’s testimony that Weaver matched the criteria for pregnancy-negation syndrome, which elevates the risk for neonaticide.

After being convicted of aggravated murder, abuse of a corpse and tampering with evidence, Weaver petitioned the court for post-conviction relief.

Weaver sought this relief by arguing that her lawyer failed to present a complete explanation of neonaticide during sentencing. The court disagreed, saying that Weaver’s lawyer wasn’t ineffective and that her defense was that the baby died of natural causes.

This argument would give her the opportunity for a shorter sentencing than the one that she received.

The Supreme Court reversed the Fifth District Court of Appeals ruling, saying that Weaver’s defense of pregnancy-negation syndrome undermined her argument that she did not kill the baby.