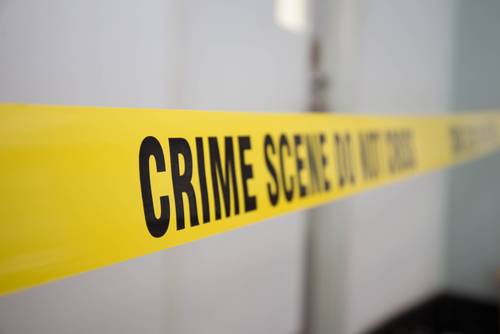 A family of five was found dead inside their home in North Central Phoenix this morning. The investigation into the death began this afternoon, and police were joined by friends and family at the scene.

The Phoenix Police Department and the Phoenix Fire Department responded to a call about a Hazmat situation and an unresponsive person being inside a home. It took a long time for them to safely enter the home, and then the police were able to go inside and start the investigation.

Investigators are still trying to piece together details the deceased family was found, among them two adults and three young children. The tragedy seems to continually grow deeper as more information is found.

A preliminary police report says a babysitter initially discovered Jasen Hudgens, 44, dead inside the home with a self-inflicted gunshot wound to the head. Marla Hudgens, his 40-year-old wife, was also reportedly dead.

Multiple police officers and firefighters were dispatched to the home, and eventually found the bodies of three children. Among the deceased children was as Christopher Hudgens, 3. His 6-month-old siblings were also found with him. Their names were Gwen Hudgens and Faye Hudgens.

Phoenix police said the five dead inside had “obvious signs of trauma” and there is no suspect on the loose. However, the incident is believed to be a possible case of murder-suicide.

Evidence indicates that the family was murdered. However, there was also a gas hazard in the home. There were open propane tanks inside, as well as a gas line in the kitchen that was unattached from an appliance.

This hazardous situation was what delayed first responders from being able to enter the home for a period of time prior to their investigation. Southwest Gas turned off lines going to the home as a precaution, though there did not appear to be any gas leaks inside.