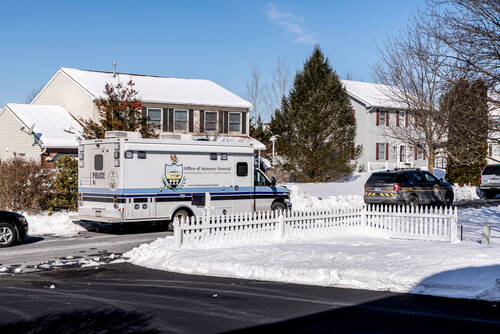 A man and child have died in a murder-suicide in a St. Johns County community, according to deputies. The incident occurred at around 1 p.m. on Friday, causing visible distress and upset among neighbors.

After the crime scene was cleared, some neighbors could be seen placing flowers outside of the residence where the tragedy took place. “We’re in complete shock,” said Wendy Moroni, a neighbor.

According to Action News Jax, the deceased were a father and his daughter.

The St. Johns County Sheriff’s Office shared that deputies received a call about suicide threats at a residence on Bucktail Ave. Upon arrival, they discovered a man with a self-inflicted gunshot wound and a young girl who had been shot nearby.

The girl was transported to Wolfson’s Children’s Hospital, where she later passed away. “We’re all feeling the loss significantly; this is going to be hard,” said neighbor Wendy Moroni.

Moroni and her son John are familiar with the family and the victims. John, who is in fifth grade, stated that the girl used to sit next to him at school. “It’s not going to feel the same anymore,” he said.

While they did not wish to share the victims’ names, they emphasized that the community is extremely close-knit. Moroni remarked that you never know what issues a family may be privately struggling with. “I walk this street every day, we walk our dogs, he rides his bike past here; you’d never know,” she said.

The murder-suicide has caused heartbreak for many, and a memorial has been set up outside of the home where it occurred.