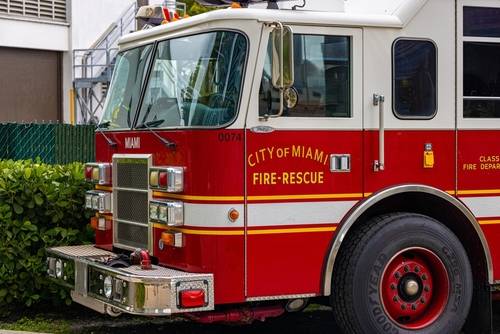 A Miami firefighter ranted online about the death of a police detective and mocked police for being against gun control and vaccines.

Kevin Newcomb wrote an opinion in a WhatsApp group chat after learning that a robbery suspect had shot Detective Cesar “Echy” Echaverry while on duty. The officer was 29-years-old and had been serving on the police force for 5 years at the time of his untimely death.

Echaverry died on Wednesday, and Newcomb addressed the possibility that Echaverry’s family might have read his post.

Kevin Newcomb commented on Echaverry’s death saying he probably deserved to be killed because he was unvaccinated and likely ‘against gun control’.

Kevin Newcomb mocked the news of Detective Cesar ‘Echy’ Echaverry’s death, saying that police officers die from COVID-19 and that all cops are for is protecting the rich property owners. He also wrote that the police were there to exercise their monopoly on violence and didn’t care when kids were dying in school shootings.