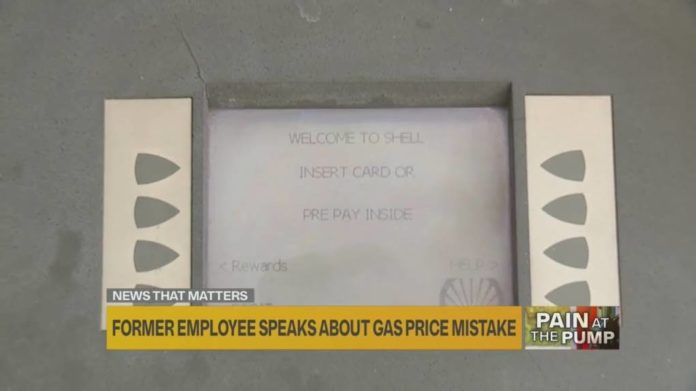 A California gas station offered 69 cents a gallon last week, and customers flooded in, calling their friends and family members to urge them to hit up the Shell gas station. The gas station manager lost $20,000 in sales, and now he’s trying to repay his former employer.

On June 9, John Szczecina got an email instructing him to change the premium gas price to $6.99 per gallon – the third notification of a price hike that week. The gas station where he worked had already begun seeing the effects of ever-increasing fuel prices.

Szczecina typed “699” three times into his computer to set the new price for premium gas, but forgot to check the pumps, and the price was set at 69 cents a gallon. The last time gas was that cheap was in 1978.

Now that he has confessed to his mistake, Szczecina is applying to jobs and going to interviews, and is also taking his dog to the river amid California’s scorching temperatures. His family has received support from strangers hoping to help him repay his former employer.

Paula Jackson, Szczecina’s sister, tells KTXL her brother made an error when setting the price of gas, causing the Shell gas station to lose about $20,000. Szczecina’s family worries he might be sued.

For more information on this shocking story, consider the news outlets listed below to stay in the know.