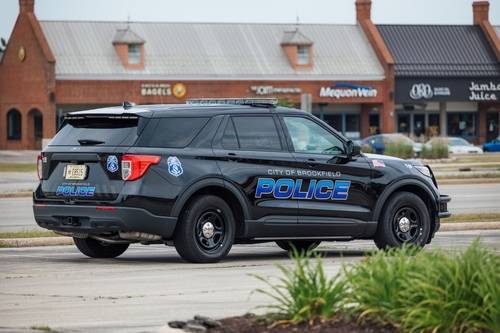 Ken Evans and his 22 year-old-daughter McKenna were killed in a seemingly random attack that happened just before noon on Thursday. Ken’s widow and McKenna’s mother both pointed out the fact that they were both ambitious individuals.

After an argument, a man approached Ken and McKenna and stabbed them multiple times before being apprehended by sheriff’s deputies responding to the call. Ken was also pronounced dead later.

McKenna’s mother and Ken’s wife said the two were working on their cars in the Kohl’s parking lot when a man approached them and stabbed them. The man was on drugs and attacked them both randomly, Elizabeth Evans told a reporter.

A woman who witnessed the brutal stabbing described how the attacker was seemingly targeting the woman and stabbed her in the back, on the side of her ribs and in her stomach. Ken was also stabbed by the suspect a couple of times as well.

McKenna left behind a now-grieving boyfriend. Her boyfriend, Jesse Mercardo, had been dating McKenna for eight months before the fatal attack. He shared with reporters that he wishes he could hold McKenna one more time and tell her he loves her.

In an interview with detectives, it has been reported that the suspect appeared to be living in their vehicles. Both McKenna and Ken were stabbed in the parking lot of a Kohl’s store. Customers say the crime scene was left uncleaned, and they’re stunned by the leftover blood and bandages that remained in the parking lot.

However, the sheriff’s department said that cleaning protocols are being followed. Investigators have not yet found the murder weapon that ended the life of these stabbing victims.

The attack comes in the wake of spiraling issues with crime in Los Angeles, with robbery up by 14.9 percent and aggravated assault up by 0.9 percent.