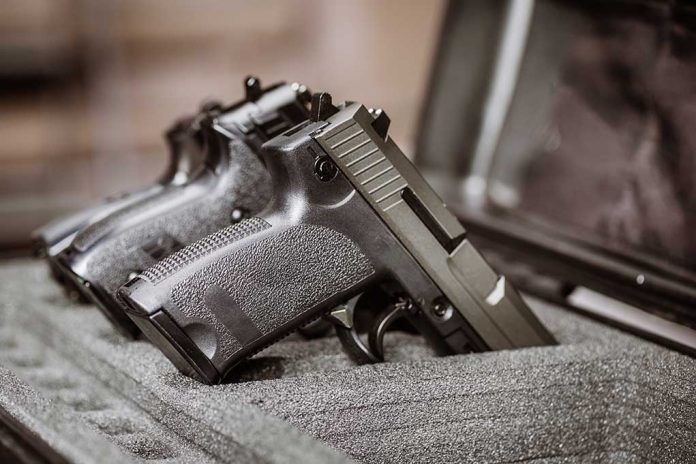 (ConservativeStar.com) – The text of the Second Amendment to the Constitution reads as follows, “a well regulated Militia [emphasis added], being necessary to the security of a free State, the right of the people to keep and bear Arms shall not be infringed.”

The emphasis on the first phrase is because the Supreme Court of the United States effectively erased it in the case District of Columbia v. Heller in 2008. The justices ruled Americans have the right to own firearms unconnected to service in a militia. President Joe Biden’s administration may have forgotten that but it seems the citizens of the country have not.

Speaking With Their Wallets

In March 2021, the FBI’s National Instant Check System (NICS) was used approximately 4.7 million times related to potential gun purchases setting a new record. This shatters the year-over-year number from 2020 at the beginning of the COVID-19 pandemic when the system was used 3.7 million times.

While no official analysis has been done to pinpoint the reason for the sharp rise, some industry professionals have expressed their opinions. According to the Washington Times, Larry Hyatt, a gun store owner in North Carolina, said he noticed “a quick increase” when news of a push for gun control broke.

As usual, the Liberals used the tragic shootings in Atlanta, Georgia and Boulder, Colorado to first spread false narratives behind the motive [Atlanta] and the race of the shooter [Boulder] and then used the fear they generated to convince Americans to give up their rights. Of course, they don’t come right out and say “we want all your guns,” instead they talk about “assault style” weapons, magazine capacities, and intended use. When one pastes them together it really amounts to “we want all your guns.”

The House of Representatives recently passed two bills regarding the closing of several so-called loopholes in the current law regarding background checks but neither one is likely to pass through the Senate unless the Democrats there can destroy the filibuster rule. So, four members of the house have asked President Joe Biden to emulate former President Barack Obama and issue decrees in the form of Executive Orders.

The lawmakers of this country are supposed to craft their legislation to fit within the limitations that the Founding Fathers so wisely put upon themselves. However, every time the Democrats try to get around the Constitution, they prove they either don’t remember it or don’t care about it.