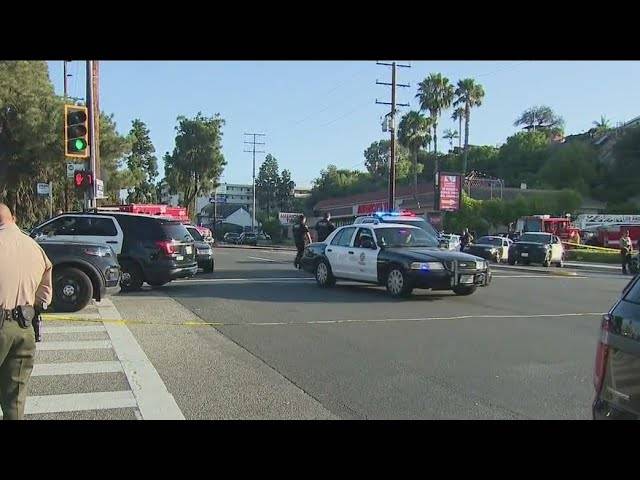 A dispute between two men on a baseball field escalated into seven people being shot. Two people were killed and five others injured when gunfire was exchanged at a park in San Pedro, police say.

The park has been in lockdown as investigators have been wanting to speak to everyone who was in the park at the time. They want to ensure that those present are safe and that they were not involved in the shooting.

At least seven civilians were injured in this incident, which occurred at a baseball field and continued through several areas of the park. Several former gang members were among those injured and witnesses to this incident.

Police are talking to everyone who is inside the park, and there are also a lot of people outside trying to get information. It’s unclear whether or not the suspects are in custody.

The LAPD has told citizens to be careful because there are still suspects outstanding, but it’s unclear whether they are wearing body armor.

Police initially responded to a shooting at a car show at Peck Park, on N. Western Avenue, just before 4 p.m. Four males and three females were taken to local hospitals, and the Los Angeles Fire Department cordoned off the area as it investigated the shooting.

To receive additional updates on this story, consider the following news outlets listed below to stay in the know.