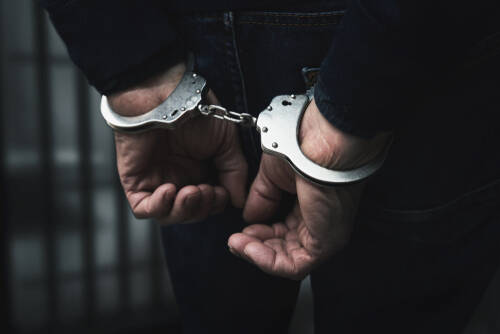 Over a week after the woman vanished, her husband was taken into custody in connection with the disappearance.

The Norfolk County District Attorney’s Office reports that Brian Walshe was arrested and charged with misleading police. This took place after his wife, Ana Walshe, failed to board her flight to Washington, DC.

A video of the arrest shows Walshe’s gray Volvo minivan being taken as evidence in the case.

Ana, a real estate agent and mother of three, disappeared after riding an Uber to Logan International Airport on New Year’s Day.

A missing person report was filed by Brian Walshe on Wednesday, three days after Ana vanished. Police say she ordered a ride to the airport last Sunday at 4 a.m. but never arrived.

Ana had been commuting to Washington DC for a job in real estate, according to a friend. Immediately after her disappearance, her real estate company reported her missing.

A police helicopter, three police K9 teams, and 20 troopers from a specialized unit trained in search and rescue operations searched the family’s home Saturday. In addition, the swimming pool at Walshe’s home was drained and a small stream was searched by state police divers.

On Friday, NBC Boston reported that the family’s former home on Jerusalem Road in Cohasset caught fire. There is no indication that the blaze has anything to do with the mother’s disappearance, according to officials.

Officials reported that the fire was accidental. The fire was caused by damaged piping connected to a natural gas fireplace insert.

In a statement, Cohasset Police Chief William Quigley said Walshe normally worked long hours without contacting her family, which may have contributed to the gap between her disappearance and her husband’s call to police.

At Brian’s arraignment on Monday, police are expected to reveal additional details about the case.