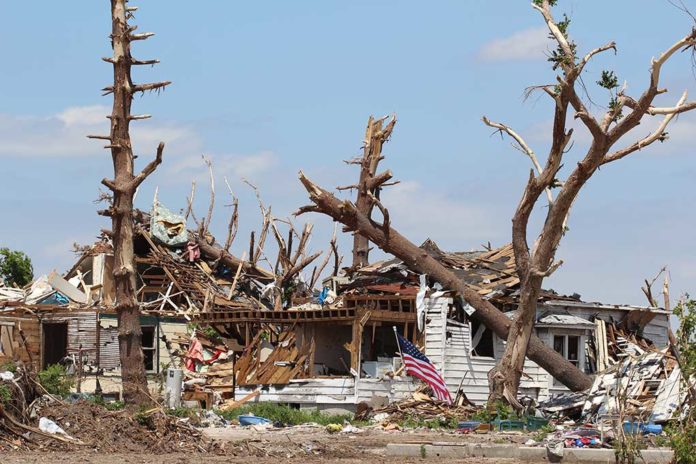 (ConservativeStar.com) – For those who live in the parts of the country where tornadoes are regular occurrences, one learns to keep their eyes on the sky during the spring and summer. That’s one factor that makes the outbreak on December 10, when it’s nearly winter, so unusual. Western Kentucky was particularly hard hit and the town of Mayfield took a direct and devastating blow contributing significantly to the state’s death toll.

While it’s believed that several tornadoes touched down that night, the one that caused most of the destruction is reported to have been on the ground for more than 230 miles moving through Arkansas, Missouri, Tennessee, and finally Kentucky. Its destructive power was on display from the beginning, causing severe damage and taking two lives in Monette, Arkansas. The National Weather Service confirms the tornado never lifted back off the ground. It could officially become the longest track in US history.

There were 110 people working at the Mayfield Candle Factory when the twister slammed into it. Of these, 94 are alive and accounted for, 8 are confirmed dead with another 8 still missing as of December 14. In total, the tornadoes killed at least 88 people and 100 others are still unaccounted for.

Governor Andy Beshear (D) declared a state of emergency in the counties impacted and the Federal Emergency Management Agency (FEMA) has declared eight of them federal disaster areas making them eligible for federal assistance.