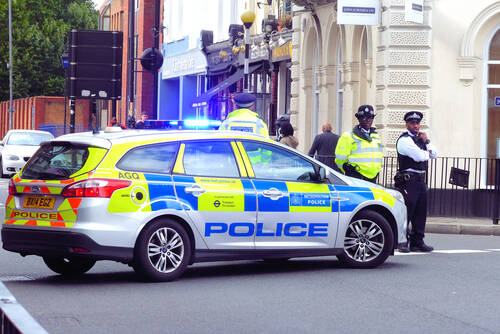 A murder investigation has been launched following the deaths of two people at different care centers in London earlier this week.

On Monday night, a sixty-year-old man passed away at a West London care facility that supports adults suffering from mental health issues and substance abuse.

Police received a call reporting that a resident at Imperial Lodge in Lansbury Drive, Hayes had been attacked at around 11:50 pm. Paramedics from the London Ambulance Service administered treatment to the man, but he was pronounced dead at the scene.

According to the Metropolitan Police, a 44-year-old man who was also a resident at the aforementioned care facility has been taken into custody on suspicion of murder. The individual is currently being held at a police station in West London.

The victim’s family has been notified and arrangements are being made for a post-mortem examination to be conducted. An eyewitness, who preferred to remain anonymous, stated that they saw a number of police cars and ambulances with flashing lights at the scene, but no sirens were heard.

The area was mostly empty on Tuesday morning, with only one police car visible outside the facility. The Metropolitan Police’s Specialist Crime Command is conducting a murder investigation.

In a separate case, a 34-year-old man suffered fatal head injuries at a mental health care center in Glen Road, Newham, East London shortly before 4:00 am on Tuesday. The police are in the process of informing the victim’s family.

A 21-year-old man, who was a resident at the Newham Centre for Mental Health, has been detained on suspicion of murder.