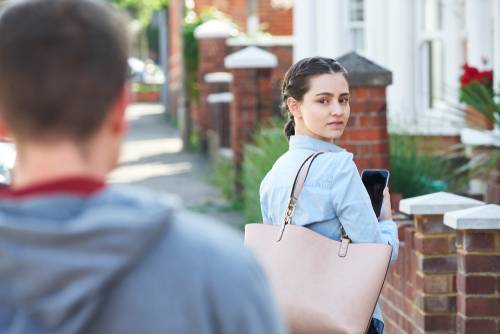 A Cracker Barrel employee was arrested Tuesday for stalking and harassing his female colleague, who he said had rebuffed his sexual advances.

Days before his arrest, Jacob Yerkes released a video featuring officers from the Tennessee Police Department went viral on social media. He told police that he had been talking with his female colleague for about five or six months and that they were “talking” at one point.

Jacob Yerkes told police that a woman’s father had called him and threatened to stab him if he didn’t stop chasing his daughter. He had been chasing the woman down for a few blocks after she fled from his inappropriate advances.

He had a disturbing reasoning behind this hasty pursuit. Yerkes told police that he chased the woman down the street because women like to be chased and have rape fantasies.

One officer told him that chasing women isn’t ‘exciting’ and that women don’t have  fantasies like that. The man insisted that the woman he was after was the exception, and he wanted to get her father’s name on file in case he came after Yerkes.

He was not arrested for his actions, but police advised him to stay away from the woman completely.

The man left the building and continued to record while talking to the camera. He rambled about how the woman was tied up in the ‘LGBT’ community. On the recording, he also said that women who never come to terms with themselves have bad things happen to them.

Police later discovered that Yerkes had also posted “threatening” videos online. However, investigators claim that it is unclear whether the threats were directed against the woman involved in the chase or were threatening to another party.