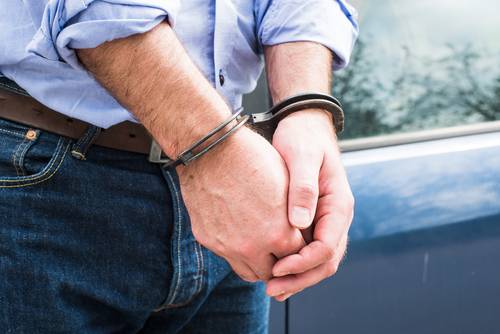 A man who was arrested after police found a severed head and body parts in his stolen truck has been sentenced to up to 45 years in prison for second-degree murder and felony theft.

After he was confronted by the authorities, police found human remains inside of Miller’s truck. There were several coolers and a garbage bag that held the dismembered body parts and the severed head of Holland’s victim.

The human remains that the authorities found belonged to Richard P. Miller, 65. Holland claimed that the pair got into a heated argument that turned into a gunfight.

When Miller allegedly threatened the killer, Holland murdered him. In order to bury his victim, Holland used a saw to dismember Miller’s body and bury the evidence.

Holland says there’s much more to the story of Miller’s murder, and that Miller’s wife, Jing Me Zhu, disappeared under mysterious circumstances after being married to Miller for only a year. Miller’s attorney shared a statement that indicated Holland believes that very strongly.

However, despite his beliefs there is no missing-person’s case that is ongoing for Jin Mei Zhu within the police department.

Miller’s daughter, Amanda Potter, said her father didn’t deserve this death. She shared that she didn’t trust Holland’s claims, adding that her father’s murder was “the most bizarre thing to ever happen to my family”.

Holland has a lengthy criminal record and was wanted by Las Vegas police for embezzlement, identity theft, issuing false checks, and theft.

Holland, 58, was sentenced to 18 to 45 years in prison for second-degree murder and felony theft. He said he hoped authorities would continue to investigate his motive for killing Miller.