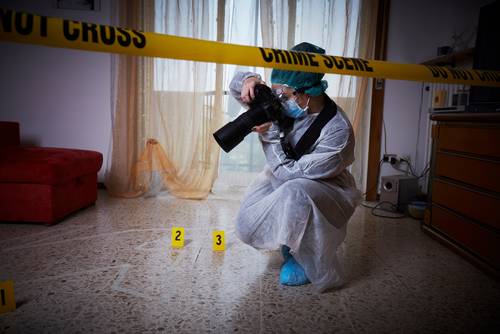 A 56-year-old man confessed to the murder of a 37-year-old Chicago man in his Austin apartment in the early morning hours of Oct. 23, saying he had wanted to kill Perry ever since their physical altercation several months prior.

Taylor invited Perry to his apartment in the 5000 block of West Washington Boulevard at approximately 1:30 a.m. Perry arrived at Taylor’s apartment and their deadly altercation ensued.

When Perry arrived, Taylor already had a knife in his hand and began stabbing him multiple times while they were arguing about drugs. Perry tried to fight back, called Taylor by his nickname and begged Taylor not to kill him.

Taylor stabbed Perry multiple times in the living room, knowing that Perry couldn’t leave due to a padlock on the security gate outside. Perry’s attempts to retaliate were unsuccessful, and he was ultimately killed.

Perry’s girlfriend said she tried to call Perry at 3 a.m. on Oct. 28 but didn’t receive any calls or texts back. Because of this, she later filed a missing person report in an attempt to find him again.

Taylor admitted that he killed Perry, folded his body and stuffed it into his deep freezer, and used various instruments to cut his body into multiple pieces. He added a disturbing detail to his confession, mentioning that it only took him five minutes to sever Perry’s arms with a saw.

Taylor made a false 911 call, reporting that he found two severed arms and was having breathing trouble. However, police found much more incriminating evidence. Instead, police found the lower half of Perry’s severed torso in a dumpster behind Taylor’s apartment building.

Taylor waived his Miranda rights, confessed to killing and dismembering Perry, and described the tools he used in detail. He gloated at how easy it was to sever Perry’s limbs.