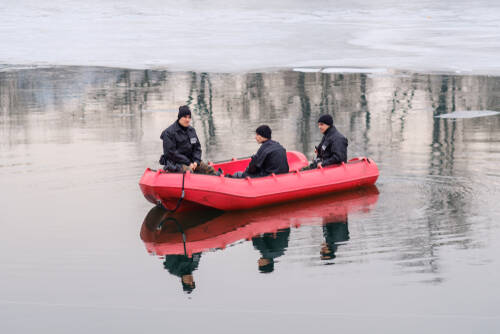 Southern Michigan police have been searching for a physician who hasn’t been seen since he left work last week. However, his remains have recently been found after elaborate search efforts that lasted for 5 days.

Detectives were able to access Dr. Payan’s home video camera system, according to a Facebook post from the Blackman-Leoni Township Department of Public Safety. He left his house on foot Thursday afternoon, as shown in the video.

As of Tuesday, Payan had not spoken with his employer, family, or friends for five days since his vehicle was found at his Leoni Township home.

Nicole Keiser, a family friend, said Payan told her he would pick up his dogs at 6:30 pm on Thursday after dropping them off at 8 am. She said it was “out of character” for him to drive home without picking them up.

Police in Blackman Township have searched the woods near Payan’s home, hoping to locate the missing doctor, whose specialty is listed on Henry Ford Health’s website as psychiatry.

Under the ice, divers found the body of Dr. Payan. Due to the weather conditions and the fact that he was in the water, detectives believed Dr. Payan was dead before he was reported missing.