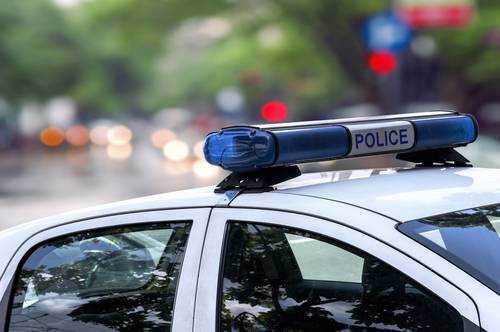 A 35-year-old man was arrested for the death of his wife after police say he admitted to killing her. When authorities investigated the scene, they found blood-covered clothing inside the home.

Marissa Dawson, also addressed as Marissa Man-Bennet, was pronounced dead at the scene. Police observed blood on the floor throughout the basement and second floor. It appeared that the fight continued throughout the residence over a period of time.

A suspicious element was missing at the house as investigators continued their search. The deceased woman’s car was not parked at the house.

Several hours after a BOLO alert was put out for Mann-Bennett’s missing car, Dawson was apprehended in the vehicle on U.S. Route 219 in Lewisburg. He confessed to his wife’s murder after being read his Miranda Rights.

When police found the abusive husband, there was evidence of a violent altercation. They found blood on his clothing, necklace, and hands. Police also found blood inside the vehicle, according to the criminal complaint.

Zachary Dawson allegedly admitted to striking his wife during an argument the night before, and told police that he killed her. He was also accused of changing her clothes to have clean clothes on her when she was found by the authorities.

Even though Dawson confessed to the killing, authorities still have a long investigation ahead of them. Investigators are researching the history of the relationship between Zach and Marrisa Dawson, who were married a month before her death.

According to Facebook posts, Marissa Dawson was the mother of five children. Her children were not at home when she was beaten, and four police agencies are working together on the murder investigation.

Dawson is being held without bond in Southern Regional Jail after being charged with first-degree murder. It was unclear whether he retained an attorney to speak on his behalf.