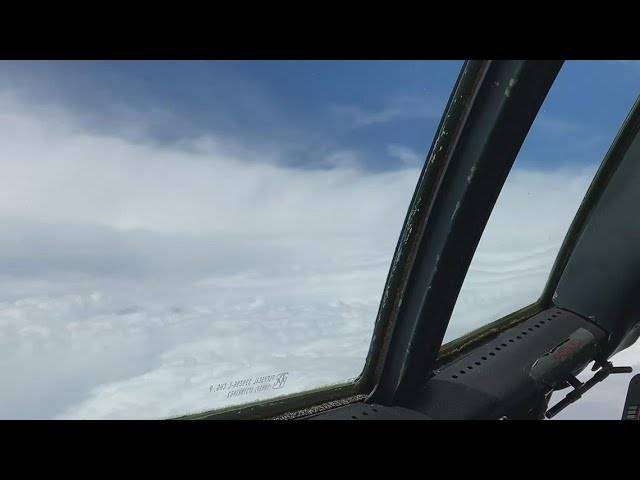 A hurricane hunter who flew into Hurricane Ian on Wednesday said it was the worst of his career.

Air Force pilots flew through the eye of Hurricane Ian on Wednesday to collect data for better tracking of the storm’s path and intensity. The third and fourth passes were “life-changers” for the pilots, according to the commander.

Underwood posted video of a turbulent two minutes and 20 seconds aboard a NOAA flight, which was later edited for language. The aircraft, Kermit, is an NOAA “Hurricane Hunter” that helps collect data used in tropical cyclone research and forecasting.

Underwood said the flight was the roughest of his career so far, and the plane circled the eye of the storm to deploy an experimental drone. The system “worked great”, he tweeted later.

Underwood underlined that hurricane hunting flights are a public service. They gather data on the storms that can keep people on the ground safe.

Underwood posted a message to Meek Mill from the pilot, “From one Dream Chaser to the next.”

Hurricane Hunters fly into storms to gather critical data used for tropical cyclone forecasting, but the turbulence, lightening and hail caused visible damage to their aircraft.

The hurricane made landfall in Southwestern Florida just after 3 p.m. ET and Florida Gov. Ron DeSantis told residents to hunker down and prepare for the storm.

For additional insight on this story, check out the news outlets listed below.