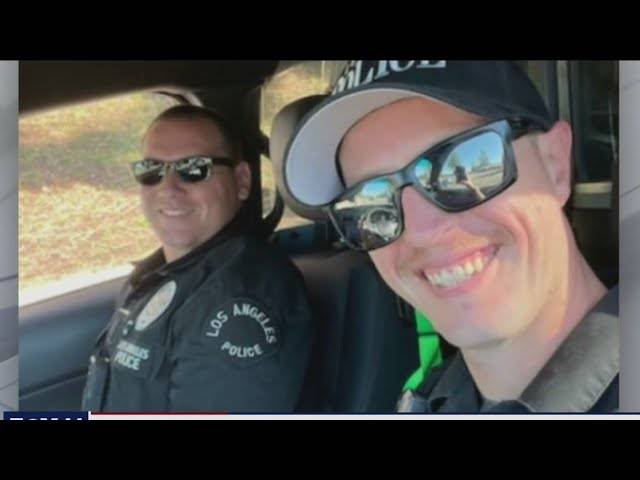 A Los Angeles police officer died during a training exercise last spring. A report was presented to the Los Angeles Police Commission on Tuesday.

The LAPD’s investigation found that Houston Tipping and the other officers involved in the training session followed standards set by a state agency, Rhodes said. Officer Tipping’s death was an accidental fall, and the LAPD’s report offered recommendations to enhance future trainings.

The chief said the recommendations would not have prevented the accident, but added that the department was taking additional safeguards to prevent future accidents.

The incident occurred at the LAPD’s academy campus in Elysian Park during the second-to-last day of a five-day training course for officers assigned to bicycle units.

Tipping was completing exercise meant to teach bicycle officers how to diffuse an encounter with someone who has become combative. Tipping is claimed to have been injured during the training session after falling and suffering life-threatening injuries.

However, attorney Bradley Gage said his investigation indicates that Tipping was murdered. He believes Tipping was beaten to death by his colleagues for investigating a gang rape that occurred in 2021. Gage presented evidence of severe beatings and spinal cord injuries.

The department has said little about the incident, and claims that no video exists of the encounter.

Attorney Bradley Gage has publicly questioned the account of the incident offered by authorities, arguing that Tipping’s injuries could not have happened when and how authorities said they did.

For additional information about this incident, please consider the news outlets listed below to stay in the know.