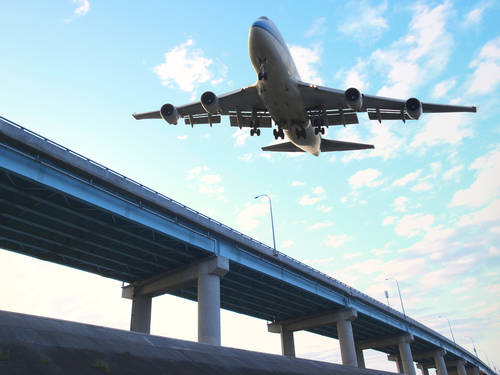 After reporting engine issues, the pilot of a single-engine plane had just seconds to make a mid-air, now-or-never decision that ultimately may have prevented a tragedy.

The plane landed hard in freeway lanes between several vehicles before erupting in flames and sliding onto the shoulder of the road.

Pilot Andrew Cho was the one who had to make this split-second decision to survive the incident. Cho and his passenger ran from the burning wreckage and thick black smoke, and were ecstatic to be alive.

Firefighters quickly extinguished the fire. Footage of the plane crash-landing on the freeway can be seen below. A nearby driver caught the whole incident on tape from the back of his vehicle:

Cho and a friend were returning from a flight to Santa Catalina Island when the engine stopped responding properly. The plane went down on the eastbound 91 Freeway in Corona, about 50 miles southeast of Los Angeles.

Remarkably, Cho didn’t hit any cars during his freeway crash landing. No one died or was severely injured from the crash, everyone was able to escape the fiery accident alive.

Cho is determined to continue flying, and he claims that losing an engine doesn’t mean his job as a pilot is finished.

For more related information on this terrifying crash landing, please check out the news outlets listed below.