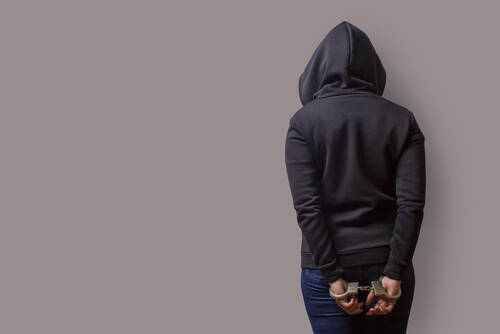 Video showing a police officer repeatedly punching a teenage girl has gone viral and resulted in his suspension.

As seen in the video, the cop punches the 14-year-old after he and another officer respond to a brawl near Edwin Markham Middle School last Tuesday.

Officers were restraining another person when the girl in question reached for the officers’ handcuffs and hit them. The officer then allegedly struck the teen several times with his hand. The incident was captured on video by a bystander.

The officer was suspended without pay after the video went viral. Having served in the NYPD for 14 years, he has a wealth of experience in the field.

A question about the incident was asked of NYC Mayor Eric Adams during an unrelated press conference. As a former police officer himself, Adams told a reporter he was dissatisfied with what he saw on the video. Adams is a former New York police officer.

During the interview, she said, “I jumped in and the cops came and were supposed to be breaking it up, but the cops got into the fight.”

She continued, saying that everyone was suddenly in handcuffs when the police were responding to the altercation. She stated, “I went up to my sister and asked the cops, ‘What are you doing?’ and he pushed me and then I hit him two times and then he hit me 11 times.”

The teen suspected that the police would attempt to deescalate the fight rather than get involved. In the police statement, the officer who was suspended without pay was not identified.