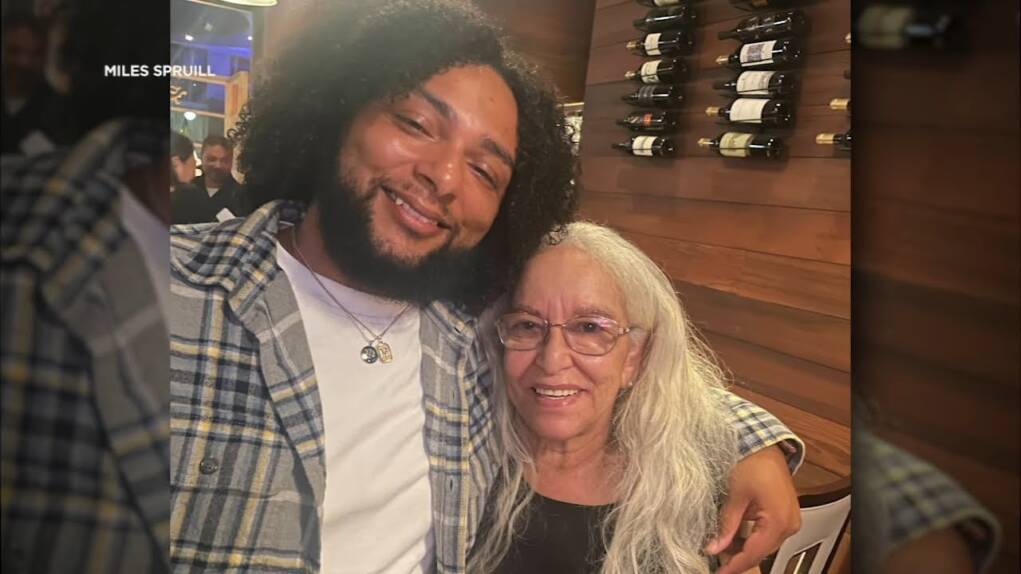 There are new details emerging about the arrest of the man who stabbed a Postal Service worker to death.

In an interview with reporters, the victim’s son shared insight into the events that took place surrounding her murder. As he pointed out the stretch of West Oakland road where his mother took her last breath, Miles Spruill had tears in his eyes.

The selfless act of Miles’ mother, Dilma, is just one way he will remember her. She was a determined 71-year-old Brazilian immigrant who fiercely loved her only child.

In his description of her, Miles stated: “My mom was a tough cookie, let me tell you! She was 5’2″ packed a punch, didn’t take no mess – my best friend.”

Because they were so close, Miles found it difficult to wrap his mind around the events that took place on Wednesday night.

Dilma Spruill, a postal worker for 18 years, was walking home from her job. However, tragedy struck while she was only around the corner from her home.

Her son shared the gruesome details of her untimely demise. “Just three houses down she was stabbed to death. Multiple times. More than 12 times. The suspect slit her throat,” Miles stated.

Murder and attempted murder charges were filed against Wilbert Winchester, 28. The Oakland Police Department is investigating his involvement in another stabbing that occurred two days prior along International Boulevard.

Winchester also served three years for elder abuse in 2018, according to the district attorney.